The Malaise Era came to a halt in the early 1980s, as everyone looked forward to enjoying a decade of glorious excess. Back then, genuinely exciting and relatively affordable sports cars were pretty few and far between. The Pontiac Fiero was introduced to great critical reception for the 1984 model year, although the Iron Duke engine left much to be desired, and Toyota was having a hard time attracting youngsters.

Revealed in October 1983 in Tokyo, the MR2 dates back long before General Motors decided to embrace midships. Speaking of which, did you know the Pontiac Fiero was the last series-production midship from General Motors before the introduction of the eighth-gen Chevrolet Corvette?

The Midship Runabout 2-seater sports car is the first mass-produced midship from a Japanese manufacturer, and Toyota spent a lot of pondering if such a vehicle would be financially viable. 1976 is the year a design project was launched with a rather simple goal: develop a car that would be a thriller to drive yet provide fairly decent fuel economy. Put on hold until 1979, the project subsequently morphed into the SA-X concept in 1981.

Akio Yoshida, the chief development engineer of the MR2, decided that a transverse-mounted engine would be preferable to a longitudinal mill. Going transverse was the right call, as it freed up valuable space for the rear trunk. As for the frunk, a spare wheel and a jack can be stored in there.

Tested intensely in the Land of the Rising Sun and the United States of America, the MR2 was known as the SV-3 when it was publicly revealed at the 1983 Tokyo Motor Show. None other than Dan Gurney, a motorsport legend we all know and love, tested the SV-3 as a consultant at the Willow Springs racetrack in California. He also drove the vehicle on the Angeles Crest Highway to see how it fares on public roads, then Gurney followed up with five months of consultancy in Japan. Considering that Gurney was on Toyota’s payroll in 1983, this collaboration shouldn’t come as a surprise. 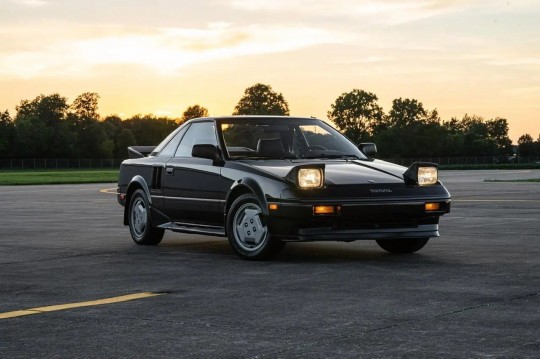 Series production of the MR2 started in earnest in June 1984 as a 1985 model, and this cracking little thing received tons of praise for the 4A-GE powerplant developed in collaboration with Yamaha. The MacPherson independent suspension is attributed to Lotus, those plucky Brits who revolutionized road-going cars with lightweight machines and Formula 1 racecars with the likes of title sponsors, ground effects, and so forth.

There is a misconception that Toyota got the idea for a mid-engine sports car from General Motors, but it’s not factually correct. Both automakers learned about each other’s projects while the Pontiac Fiero and MR2 were in their design phase, resulting in very different animals in many respects.

Internally referred to as W10, the first-generation MR2 came with two powerplants. AW10 is the designation of a 1.5-liter unit with a single overhead camshaft and AW11 is what Toyota calls the 1.6-liter unit with dual overhead camshafts. The smaller engine is a member of the A-series engine family that also includes the aforementioned 4A-GE. In 1986 (make that 1988 for the U.S. market), the 1.6-liter powerplant received a Roots-type supercharger and a Denso intercooler, giving birth to the 4A-GZE.

Between the first year of production and 1986, the Japanese automaker introduced a thicker flywheel and clutch for extra peace of mind. Previously exclusive to Japan, the T-bar glass roof was made available in other markets. Toyota further enlarged the brake discs, and left-hand-drive cars had the parking brake relocated to the right side of the center console. 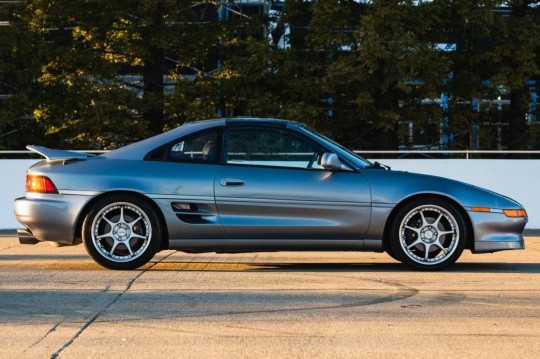 The W10 ran its course in 1989, following no fewer than 163,845 deliveries. A larger and slightly more rounded successor was launched in 1989 in the form of the W20. Encouraged by the success of its predecessor, the roomier descendant became more upmarket as well. Instead of a Japanese-flavored Fiat X1/9, the W20 is more akin to a Ferrari in the styling department.

Larger dimensions automatically mean extra weight, hence the switch to a 2.0-liter engine shared with the Celica. A member of the S-series engine family, the 3S-GE features a forged crankshaft. The 3S-FE found in automatic-equipped cars is fitted with a cast-iron crankshaft. The 3S-GTE is rocking a lower compression ratio due to forced induction, and the 5S-FE for the U.S. market is a free-breathing engine that displaces 2.2 liters.

Gifted with a drag coefficient of 0.31, the second-generation MR2 (falsely) gave a German automaker a run for its money. Naturally-aspirated cars were considered low-cost alternatives to the Porsche 944 even though nobody with enough money to burn would have considered cross-shopping. On paper, turbocharged cars made the Porsche 911 Carrera blush in awe.

Be that as it may, the W20 never lived up to its predecessor’s high praise. The additional weight made it less agile in the corners, and the larger four-pot mills worsened the weight distribution to 42 percent front and 58 percent out back. Toyota continuously improved the breed over the coming years with the likes of better suspension and VVT-i variable valve timing, but nevertheless, this generation retired with a whimper instead of a bang. 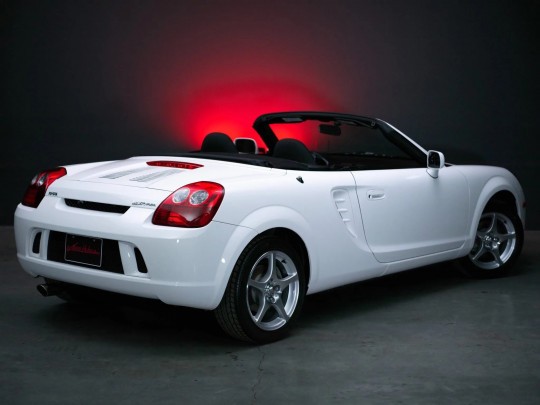 For the final incarnation of the MR2, the Japanese automaker turned its attention to Porsche’s increasingly popular Boxster. Introduced in 1997, the W30 entered production two years later under a plethora of names: MR-S in Japan, MR Roadster and MR2 Roadster in Europe, and MR2 Spyder in the United States. Exclusively a two-door convertible, this fellow is equipped with a manually-operated fabric roof. It also happens to be quite a bit shorter than the second-gen, and it’s also shorter than the first-gen.

The biggest problem with the W30 is the interior. The plastics are best described as poor, there’s no kind of visual flair whatsoever, and the snug cabin barely offers enough space for two adults. On the upside, Toyota delivered a well-balanced sports car with a fizzy little 1.8-liter engine.

Codenamed 1ZZ-FED, this powerplant was originally rated at 138 horsepower and 126 pound-feet (171 Nm) of torque. It’s not enough by modern standards, but remember that curb weight is of the essence here. Tipping the scales at one metric ton, the W30 is the lightest of MR2s.

Arguably the closest thing to the Lotus Elise from that era, the third-generation Toyota MR2 is remembered as a great-handling sports car even though it did not sell particularly well. Over in the United States, for example, the Midship Runabout moved a grand total of 27,941 units.